Urbanization and economic development are leading to a rapid rise in energy demand in urban areas in our country leading to enhanced Green House Gas (GHG) emissions. Many cities around the world are setting targets and introducing polices for promoting renewable energy and reducing GHG emissions. Ministry of New and Renewable Energy (MNRE), Government of India has taken initiatives to develop green campuses under ‘Development of Solar Cities’ programme which aims at minimum 10% reduction in projected demand of conventional energy at the end of five years. The forward step in this respect is to utilize the background of educational institutes for renewable energy utilization.

The major requirement of electrical power in educational institutes is at day time, as major work of teaching-learning is carried out at day time. That is the plus point for the use of solar energy. Hybrid systems such as Solar-Wind, Solar-Diesel, and Solar-Biomass may be also beneficial set up depending on the geographical condition. But the solar energy is the most commonly available source, and it’s economical with many factors. Factors may include easy erection, instant generation, easy repairs, tailor-made projects and tie grid projects etc.

Major power requirement in an educational institute is for lighting load. It includes lamps, fans, computers etc. There are power equipments in institutes such as air-conditioners, projectors, heaters etc. As in wiring system separate wiring path is provided for light and power circuit, it is easy to equip light circuit with solar power system.

At present there is limitation on solar energy production due to the space availability for solar panel erection. The shadow-free area required for installation of a rooftop solar PV system is about 12 m2 per kW (kilowatt).

Rooftop available is having its own limitation due to the load bearing capacity of roof. Fixing of panels to the normal direction of incident radiations i.e. placement of solar panels at proper tilt angle may be a major problem. The minimum clearance required for cleaning and servicing of the panels is 0.6 metre from the parapet wall and in between rows of panels. In between the rows of solar panels sufficient gap needs to be provided to avoid the shading of a row by an adjacent row. Placing the panels on ground, disturb the playgrounds, space for cultural activities and garden. So due this limitation of solar PV (Photovoltaic) generation, light circuits can be easily fed with solar power. The key component of solar PV system is the solar panel. The cost of solar panels in entire solar PV system is near about 50% of entire system. The Maximum Power Point Tracking (MPPT) charge controller is having major role for the increased efficiency of solar PV system output. Inverters are used to convert DC power into AC power. Industrial flexible cables are used as it is open to weather. It may be a armored or not depending on its use. Infrastructure for panel is another expenditure. Its erection is a typical task with reference to tilt angle facing to south-east or south-west. Below is given the general cost analysis (without battery) for 1kW system.

Energy efficiency factors must be carefully considered while designing any solar PV systems to get the best out of your efforts and investment. Following are six important considerations for efficient power output from PV system:

Case Study: For the study of output power from solar system, system erected by Shri Shivaji College, Akola (MS) is studied. The college is multi faculty discipline with arts, commerce and science. Solar system is off grid connected (PCU: Power Conditioning Unit) of 6kVA capacity. The system was commissioned on 20th Feb, 2016 in college. Solar power is given to two administrative offices and to two laboratories. Total connected load of offices is 2 kW and that of laboratories is 1.8 kW. Connected area lighting load operating at night is 500 Watt. Normal working of college is from 7.30am to 6.00pm. Preferences of operation of PCU for power supply is first solar, second grid and last battery. Load is adjusted up to the 75% capacity of inverter. Akola is a hot place in the state of Maharashtra. As compared to wind energy potential, solar energy is available in ample quantity, throughout the year. HOMER model for solar radiation and radiation incident on PV array in the D-map format is shown above (Fig. 2). PCU (Power Conditioning Unit) is installed in the Power Control Room of College (Fig. 3). The panels are erected on 2nd floor at an angle of 50°C facing to south. Necessary connections of DC output from PV array are done to the input of PCU. The connection is brought by armored DC cable. Following are the components of solar PV system:

Total Expenditure:
Expenditure per item incurred for the solar PV system is given below. Total life of PV panel is assumed for 25 years and that of PCU is 15 years. Infrastructure and cables/wires are assumed for the life of 10 years. Battery life is for 3 years. Below is given the graphs from HOMER model for the day of year and for monthly average of AC primary load. (Refer Figure 9 and Figure 10).

HOMER is the micropower optimization model, which simplifies the task of evaluating designs of both off-grid and grid-connected power systems for a variety of applications. Basic constraints are introduced to get optimized result. Actual loaded conditions are noted and readings for PV power output and output power of converter are taken. Tabulated chart for reading is given below. Based on the methods used for output power calculation, that means by MATLAB, HOMER and PCU readings and the results obtained thereon, some notable conclusions can be drawn, which have been stated below: 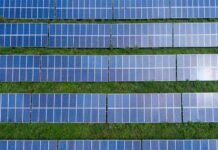 NET-METERING: Regulatory Avenues of the Solar Supply Chain and Business...