According to BBC, TV channel, in the present month of November 2014, while winter is yet to come in India, North America is already under the thick blanket of snow; New York temperature dipped to -22 degree centigrade, much blow than freezing point.

In the solar power, Germany is the leading country in the world with approximately 40 GW installed capacity (almost half of its total power requirement), Italy 19 GW, China 10 GW, Japan 5.5 GW. The world largest fossil fuel producer, Saudi Arab is also having ambitious plans with 41 GW of solar power by 2032 and UK 22 GW by 2020.

Under the Jawaharlal Nehru National Solar Mission JNNSM 2010, India’s is having following ambitious targets like in

Here we will focus our discussion on inverter only.

Role of Inverter: Inverters are used primarily to change direct current to alternating current. An inverter converts a DC current to an AC current through a delicate electrical switching process. An inverter converts DC power drawn from PV arrays or battery banks into AC power for use on AC loads or export to the utility grid. The term “inverter” was initially derived from the action of inverting the constant polarity of DC into negative and positive voltages, causing the current to flow in alternating directions. Different inverters produce various waveforms of AC power, including the low quality square-wave, modified square wave, stepped sine wave, and pure sine wave. Waveforms other than pure sine wave result in poor operation of some AC loads and increased total harmonic distortion (THD), a measure of AC quality. The cheapest and lowest quality inverters often produce waveforms other than pure sine wave. These inverters are usually characterized by short warrantees, few safety precautions, low efficiency, lack of listings with Underwriters Laboratory (UL) standard, and lack of National Electric Code (NEC) compliance. It is important to recognize that various qualities of inverter AC output waveforms exist. Inversion: The process of converting DC power received from PV array into AC power is called Inversion. It is done by using MOSFETs or IGBT by using pulsed width modulation (PWM) technology by flipping DC power back and forth.

Maximum Power Point Tracking (MPPT): PV modules have a characteristics’ I-V curves, they look for “knee” point where voltage multiplied by the current yields the highest value. It is a microprocessor based device embedded in inverter and it uses dc-dc closed loop.

Grid Disconnection: As per the requirement of IEEE 1547, all grid tied inverter must disconnected if the AC line voltage or frequency goes above or below certain well set limits. These protections eliminate the chances that a PV will inject voltage or current into disconnected utility or switch gear or could be hazardous to utility personnel. UL 1741 and IEE 1547 also require that inverter not create a power island- that means if utility goes off, inverter cannot remains ‘on’.

Selection of Inverter: It must be based on factors such as

These are connected to no. of parallel strings or modules. Drawback is if inverter is down, whole plant is down. Not suitable for partial shadow regions, performance drops drastically but easy to maintain. In utility scale plants still we are using central inverters. Solar power system with Central Inverter is thus bulky, noisy, and most importantly, inefficient but reasonable on cost of installation. String inverters dominated the solar market for quite some time. In a traditional solar power system with string inverters, interdependent strings of panels are placed together. If one panel gets obstructed by a bit of shade or dust the entire string of panels suffers, even if the other panels have no dust or shade problem. A slight change in orientation can cause mismatch in output. It is better than central inverter in performance but cost of installation is more. Recent shift of inverter technology is towards transformer less inverters because they are light in weight (no transformer), easy to install, no humming, better in efficiency, no grounding required( except floating ground, no negative positive grounding) with the same output. Transformers less inverters are popular in Europe but not in USA. But it needs as per NEC 690.35, a double insulated single conductor cable with better UV weather resistance because it is ungrounded. UL1741 and NEC allows transformer less inverters. But in some cases Galvanic Isolation and grounding is mandatory, in that case, transformer is compulsory with inverter.

A rapidly growing architecture, the micro inverter, converts power from one PV module to the AC grid and is usually designed for a max output power in the range of 180-300W. Micro inverter’s have advantages in terms of ease of installation, localized maximum power point tracking (MPPT) and redundancy that provides robustness to failure. It is a relatively new technology. One Micro inverter is connected to each solar panel. It converts DC current from a single solar panel to AC current. The electric power from several micro-inverters is combined and fed into an electrical grid. It offers several advantages over conventional systems with central and string inverters, the main advantage being, even small amounts of shading, dust, snow or debris on any one solar panel, or a panel failure, does not disproportionately reduce the output of an entire array. Each micro-inverter obtains optimum power by performing maximum power point tracking for its connected panel, thus improving efficiency. Primary disadvantages of micro inverters are that they have a higher initial cost per peak watt than a central inverter, and secondly, as they are located near the panel, they may be harder to reach and maintain. But these problems are surpassed by their higher durability, efficiency & ease of installation.

At the heart of the inverter is an MPPT algorithm which can be implemented through a microcontroller or an MPPT controller. The controller executes the very precise algorithms required to keep the panel at the maximum power extraction point while adjusting the dc-dc and dc-ac conversion to produce the output AC voltage for the grid. In addition, the controller is responsible for being locked in frequency to the grid. The controller is also programmed to perform the control loops necessary for all the power management functions. The PV maximum output power is dependent on the operating conditions and varies from moment to moment due to temperature, shading, cloud cover, and time of day so tracking and adjusting for this maximum power point is a continuous process. The controller contains advanced peripherals like high precision PWM outputs and ADCs for implementing control loops. The ADC measures variables, such as the PV output voltage and current, and then adjusts the DC/DC converter and DC/AC inverter by changing the PWM duty cycle depending on the load. Complex schemes exist to track the true maximum even in partially-shaded PV modules.

Increased Efficiency and Performance through MPPT

If a single panel is operating at a different point, a string inverter can only see the overall change, and will move the MPPT point to match. Shading of as little as 9% of the entire surface array of a PV system can, in some circumstances, lead to a system-wide power loss of as much as 50%. Micro-inverter based systems yield 5-25 % increased power compared to systems using central inverters.

Real time performance reports for each panel and inverter

Web-based monitoring on a panel-by-panel basis is available for both the users and the installers. Analyzing this information can be used to further improve performance and helps making sure that maintenance and repair is done when it should be. With some systems, you can even check the performance of your PV system on your mobile phone.

Micro inverters usually come with a warranty of 10-25 years. The Mean Life of micro inverters is more than the life of the traditional String Inverters, which have to be replaced every 5-10 years.

In a traditional String / central inverter, DC bus voltage is as high as 600V DC to 1000V DC. This creates high personal injury risk. With a micro inverter, it becomes an AC module system, and the installer’s crew or the maintenance personnel are not exposed to high voltage DC.

While installing the system or performing maintenance on an existing system, one must de-energize the AC distribution in traditional DC system with string inverters. This results in service interruption. While using micro inverters, you don’t need to shut down your energy generation for the rest of the panels. So there are no major service interruptions.

Arc faults are a major cause of PV fires, which are both dangerous and expensive. Unlike DC-based systems, AC systems are less likely to sustain arcs for two reasons. First, the current passes through zero twice per cycle.

Second, the internal DC voltage is only that of a single PV module instead of multiple modules. An AC module system may also help prevent fires in the first place because the micro inverter can detect an abnormality in the grid voltage and shut off the PV power automatically.

In case of fire, firefighters first shut off the power to protect workers and prevent the fire from spreading. However, in the case of a DC system, shutting off power with the circuit breakers only shuts off the central inverter, not the DC voltage generated from the panel. As a result, firefighters may hesitate to spray water, as it can actually make a PV fire worse.

A third party study was conducted in USA, an independent experiment on two photovoltaic systems, one with a central inverter and the other with micro inverters, to determine their comparative performance characteristics in real, outdoor conditions. An un -shaded existing array was retrofit for the two systems to operate side by side, and the power output of each array measured and recorded. This data was combined with daily irradiation measurements from a calibrated pyrheliometer and analyzed. 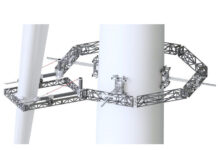 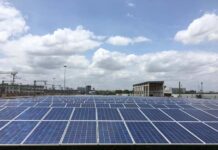 Numeric becomes the first UPS manufacturer to get BIS registration

To what extent can MSMEs turn its attention to Renewables?