The power sector in India is going through a transformation. The electricity generation from conventional sources during 2017-18 was 1206.306 billion unit (BU) as compared to 1160.141 BU generated during 2016-17, representing a growth of about 3.98 per cent. Further, the conventional generation target for the year 2018-19 has been fixed as 1265 BU i.e. growth of around 4.87 per cent over actual conventional generation of 1206.306 BU for the previous year (2017-18). India is likely to attract a massive investment of Rs 11,55,652 crore in power generation sector in the five-year period between 2017 and 2022 in setting up projects across thermal, hydro, nuclear and renewables segment.

A robust and efficient power transmission and distribution (T&D) infrastructure is imperative for effective transfer of power from generation source to the consumption points or demand centres. As of now, India’s T&D infrastructure is inadequate and lacks efficiency at many points. Thus, it is imperative to expand and enhance the existing T&D infrastructure to transmit the power generated efficiently to consumer points. Transformers are critical components of the power generation and T&D network that are used to change voltage in the process and hence play a critical role. Hence, regular monitoring of transformers is essential to achieve their desired performance with optimum efficiency and reliability. Here we analyse how Internet of Things (IoT) based monitoring system enhances performance of distribution transformers.

The modern transformers are loaded with SCADA connected instruments which can be easily hooked up to smartphones for activating alarm and trip contacts and also with substation control rooms for emergency stoppage of main line power in the event of any unlikely situation.

“Typically, with economic development and continuous city size expansion across length and breadth of the country together with encroachment of existing towns and metros, we find distribution transformers are the closest to human interface. IoT control of these transformers through local substation can aid monitoring and safety of such essential devices. In fact, this is one of the agendas being discussed in smart city projects in India and abroad. It not only helps reducing power interruption and diversion at right moment but also saves the electrical networks from any such damage,” said Sanjib Mitra, Country Head and Sr VP – Transformer Division, Electrotherm (India) Ltd.

Smart grid, the next generation electric power system, is actual way of digital transmission of electricity. It is digital technology that allows resourceful two-way communications between utility and customers. “Using smart grid-based sensors like current, voltage and temperature sensors along with IoT embedded wireless communication protocol enables real time monitoring of power line parameters like voltage, current and temperature. These sensors qualify the remote monitoring of equipment such as transformers and power lines. They improve the performance and extending the life of grid components to ensure a safe and reliable operation of the electricity network. This system also helps to identify problems before any shattering,” explains Anil Kadam, GM – Business Development, Solution Architect, Schneider Electric while commenting on how IoT based monitoring system enhances performance of distribution transformers.

Divyansh Kohli, Executive Director, NDL Power Ltd also opines, “T&D system is one of the most highly value and asset dependent systems and with the IoT integrations to the distribution transformer, the most effective value addition shall be accumulation of live date, which in-turn support the condition and performance monitoring along with analytics.”

However, Kohli points out: “The challenge in the distribution transformers, especially with the utilities is to invest in a physical asset at remote location for live monitoring.”
NDL has introduced an IoT enhanced transformer analytical and diagnostic system named ‘maxfree analyst’ which is a proprietary system that collaborates all the testing data, right for commissioning to periodic oil diagnostics and electrical test. With IoT, it can monitor (which is a separate module attached to the transformer) and record the live performance and loading parameters to generate and conduct detailed analysis and diagnostics for the transformer assets. Transformer being the heart of power transfer and the most essential electrical device in a power generation and T&D network, it needs a healthy and safe product life cycle. Monitoring of such essential devices is of course beneficial to avoid any sudden power cut and to avoid accidental blackouts. Any such abnormalities may lead to fatal accidents of major nature depending on the size and vicinity of the running transformers. IoT is the answer to handle all such latent threats, concludes Sanjib Mitra of Electrotherm (India) Ltd. 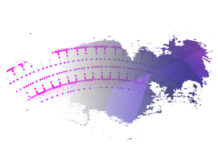 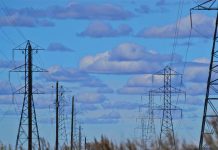 ABB steps ahead with its Power Grids business divestment plan 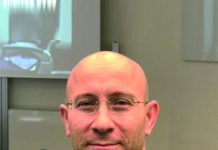 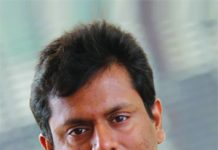 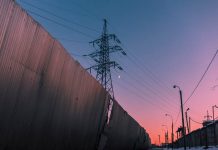 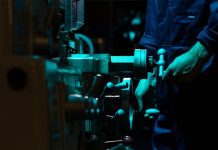 Güdel linear robot to analyse future maintenance of a product

How To Achieve Transformer Reliability

Management Of The Equipment